The Indian Hockey Team is the national men’s hockey team of India. It was the first non-European team to be a part of the International Hockey Federation. In 1928, the team won its first Olympic gold medal. From 1928 to 1956, the Indian men’s team remained unbeaten in the Olympics, gaining six gold medals in a row. The Indian team has won a total of eight gold, one silver and two bronze medals in Olympics. [5]

On 9 March 2008, India lost 2–0 to Britain at Santiago, Chile in the final of one of the three qualifying tournaments for the Beijing Olympics. With only the winner advancing to the 12-team event,[6] the Indian men’s team was eliminated from the Beijing Olympics competition. This is the first time that the Indian men’s team did not participate in the Olympics since 1928.[7] India finished in 12th place (Last) in the 2012 London Olympics.

On 26 Feb 2012, the India men’s national field hockey team qualified for the 2012 Summer Olympics in London after a gap of 8 years. The team had a resounding victory over France in the finals of the Olympic qualifiers by beating France by 8–1. Ace drag-flicker Sandeep Singh, starred in the final against France by scoring five goals – including a hat-trick – all from penalty corners (19th, 26th, 38th, 49th and 51st). [8] 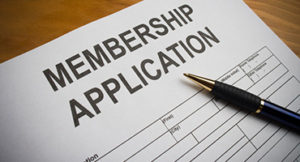