The IAGT shall comprise of a Board of Directors, an Executive Committee, and a Membership Body as described in Articles 3, 4 and 5.

The purpose of IAGT is to engage in any lawful acts or activities to: 1) altruistically promote communication and unity among people of Indian origin as well as those who have an interest in India; 2) nurture the local community’s understanding of the language, culture and customs of people of Indian origin; and 3) provide cultural, educational, social and charitable community services.

Section 1. Duties and Compensation. This Corporation shall have powers to the extent allowed by law. All powers and activities of this Corporation shall be exercised and managed by a Board of Directors directly or, if delegated, under the direction of the Board. The Board shall promote the mission of IAGT, oversee and govern the Corporation in the best interests of the Membership Body. The Board is responsible for fund-raising for IAGT, including soliciting grants and sponsorships for the activities of IAGT. No compensation or payment shall be made to any Director except as a reimbursement for actual expenses approved by the Board, Executive Committee or incurred on behalf of the Corporation.

Section 3. Term. Elected Directors will serve on the Board for a term of three years. A director may be eligible upon recommendation of the maximum of two (2) consecutive terms. After a two (2) year absence, a former director shall be eligible to be elected to the Board again. Approximately one-third (1/3) of the Board shall rotate biannually. This rotation process shall be initiated with the 2013 director election, the specific implementation procedure to be established by resolution of the Nominating Committee.

Section 5. Board Nominating Committee and Director Selection. This section only applies to elected Directors (not appointees from the Executive Committee). The initial board members will be nominated by the Executive Committee and elected by the General Body of Members. After the initial Board serves its first term, there will be a Board Nominating Committee (a sub-committee comprising at least two Board members and at least two Executive Committee members) who will nominate members of the Board to fill expired terms. Consideration should be given to the diversity of the Board and representation from the entire community including corporate community when nominating board members. The General Body of Members will then elect the member to fill the position of the expired term member. Vacancies other than term expiration are addressed in Section 6 below. The Board and
Executive Committee, jointly, shall not contain more than one member from a member household.

Section 6. Vacancies. Any vacancy on the Board, other than by reason of expiration of term of office, may be filled by the Nominating Committee. Each director so chosen shall fill the unexpired portion of the term, with a partial year constituting one (1) year of a three (3) year term. The total tenure of thus appointed Director shall not exceed that of a regularly filled board member. The selection of the replacement must be ratified at the next General Membership Body election.

Section 7. Resignations and Removals. A Director may resign at any time by written notice to the Executive Committee President and Board Chair or Chair-Elect. Such resignation shall take effect upon receipt; and unless otherwise specified therein, the acceptance of such resignation shall not be necessary to make it effective. Any director, officer, or agent of IAGT may be removed by majority vote (as outlined in Section 10 below) of the Board when, in the judgment of the Board, the business of IAGT will be served thereby. In the case where the Board or Executive Committee needs to be removed, a General Body vote will be required.

Section 8. Meetings. Meetings of the Board for the transaction of any business shall be held at least semi-annually of each year. A public announcement of such meetings shall not be necessary.

Section 9. Minutes of the Meetings. Minutes of the meeting, votes and/or any other decision related documents shall be recorded at every meeting, regardless of meeting format. The Board Secretary is responsible for such record-keeping and for adequate, timely notification of board meetings to all board members.

Section 11. Action Without a Meeting. Any action required or permitted to be taken at any meeting of the Board may be taken without a meeting if a written consent to said action receives written support of at least two-thirds (2/3) of the Board and such written consent is filed with the minutes of its proceedings.

Section 12. Meetings by Telephone or Similar Communication. The Board may participate in a meeting by conference telephone or other similar communication equipment by which all Directors participating in the meeting can hear each other. Participation in such meeting shall constitute presence in person by each Director at such meeting.

Section 13. Proxies. Any Director may, whether present in person or not, vote by a proxy given to another Director provided the proxy shall reasonably describe the particular matters upon which the vote is taken and shall specify the meeting for which the proxy is valid. In the event of a dispute over the validity of a proxy, the dispute shall be resolved by a quorum required vote of the Board taken at the meeting at which the proxy is used and such resolution shall be binding on the Board.

Section 1. General. Any person with roots in India and/or interest in Indian culture is eligible to become a member and participate in the organization’s activities.

Section 3. Other. All active members shall receive a free copy of the most recent Membership Directory (one per member household per year) and have access to the corporation’s by-laws and annual reports. All active members shall have equal rights to hold an elected office on the Executive Committee or Board of Directors. Only active members shall be eligible to vote at any meeting or for any other purpose and shall be on the basis of one vote per adult at or above the age of 18. Only a single vote shall be allowed for a Single membership and a maximum of two votes shall be allowed per Family membership. Any member may resign from IAGT by submitting a resignation in writing. However, they will not be entitled to a refund of their annual membership dues.

Section 1. Contracts. The Board may authorize any Officer or agent of IAGT to enter into any contract or execute and deliver any instrument in the name of and on behalf of the Corporation. Financial investments will be made with prudence and in instruments where safety of principal is considered. Large investments that are capital in nature should be presented to the General Body for approval.

Section 2. Checks. All checks, drafts, or other orders for the payment of money, notes or other evidence of indebtedness issued in the name of IAGT shall be signed by such person or persons in such manner as shall be designated by the Board. Checks in excess of $500 require a double signature (Treasurer or Joint-Treasurer and President). All payments will require a valid receipt.

RECEIPT AND DISTRIBUTION OF ASSETS

Section 1. Receipt of Donations. IAGT may receive donations from individuals, charitable organizations, corporations, or any other party for restricted or unrestricted purposes. The Board or Executive Committee reserves the right of refusal for gifts in kind. Restricted donations may be subject to prior approval from the Board.

Section 2. Distribution of Funds. IAGT may distribute funds consistent with the mission of the organization or to other non-profit entities upon approval of the Board.

Section 1. Definition. An “Executive Committee” shall organize the activities of the Association and be responsible for the organization’s day-to-day monitoring and administration.

Section 2. Number and Officers. The Executive Committee shall have a minimum of nine (9) and maximum of thirteen (13) members. All committee members will have voting rights. There will be seven elected Officers: President, President-Elect, Secretary, Joint-Secretary,Treasurer, Joint-Treasurer, and Cultural Events Officer. The Executive Committee shall nominate a minimum of two and a maximum of six additional members as additional officers.
Officer duties are highlighted below:

C. SECRETARY
a) Function as a record keeper and generate minutes of Executive Committee meetings;
b) Distribute meeting notices and meeting minutes to the entire Executive Committee;
c) Prepare an annual report of the organization;
d) Maintain the list of members of the IAGT;
e) At least once a year, reviews archived documents with reference to the document retention policy of the organization.

E. TREASURER
a) Responsible for the financial record-keeping and creation of related statements;
b) Coordinate and file all required federal and state tax returns;
c) Prepare and mail acknowledgements of all donations;
d) Oversee bank accounts and investment operations;
e) Present a quarterly financial report with detailed expenditures;
f) Prepare an annual budget for Committee and Board approval;

G. CULTURAL EVENTS OFFICER
a) Coordinate the organization and execution of all events.

Section 3. Term and Attendance. Each committee member’s term is two years, with a maximum of two consecutive terms. Following this, a member must rotate off the committee for at least one year and then may choose to serve again, if elected. Officers are subject to the same limits except for the person serving as President who may only serve as President for one term (two years). This only applies to their role as a President, but may remain on the committee subject to the same combined term limits. All Executive Committee members are expected to attend the meetings and cannot have more than two unexcused absences.

Section 5. Sub Committees. The Executive Committee may form sub-committees as necessary to carry out the functions of the organization.

A. For any breach of duty of loyalty to this Association.
B. For acts or omissions not in good faith or which involve intentional misconduct or a known violation of law.
C. For any transaction from which an improper personal benefit was derived.

The calendar/fiscal year of the Association shall commence on the first (1st) day of January and end on the thirty-first (31st) day of December of that same year.

By-laws and operating procedures shall be accessible to IAGT members on the IAGT web-site.These by-laws shall be deemed valid and binding to all members of the IAGT after they are passed by a two-thirds majority of the members present at the General Body meeting to be held on February 20, 2010.

Section 2. Insurance. The Association may purchase and maintain insurance on behalf of any person who is or was a Director, Officer employee, or member of a committee against any liability asserted against him/her and incurred by him/her in any such capacity, or arising out of his/her status as such, whether or not the Association would have the power to indemnify him/her against such liability under the provisions of this Section.

Section 1. Inurement of Income. No part of the net earnings of IAGT shall inure to the benefit of or be distributed to its members, Directors, Officers, or other private persons except that the Board of Directors shall be authorized and empowered to pay reasonablecompensation for services rendered to IAGT other than for services as a member, Director, or Officer.

Section 2. Legislative or Political Activities. IAGT will not attempt to influencelegislation, participate in, or intervene in any political campaign on behalf of or in opposition to any candidate for public office.

Section 3. Dissolution Clause. In the event of the dissolution or liquidation of IAGT,and after payment of just debts and liabilities, all remaining assets shall be distributed to an organization or organizations which qualify as an exempt organization under Section 501(c)(3)of the Internal Revenue Code of 1986, as amended, as the Board of Directors shall determine. 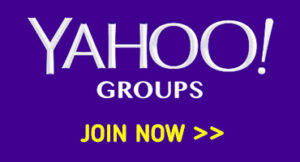 Click Here to read all the instructions before joining 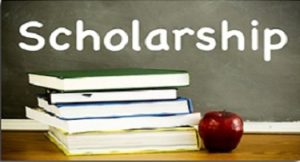